There’s a failure meme out there, and here is our contribution. I post this for fun and to contribute to the meme.

Tonight, we took our act onto the main campus. This would let a couple other people participate, and it would allow us to see campus in a new an unusual way. We set everything up with new balloons and yesterday’s payload. We had the Flip MinoHD all set.

New to our setup was a hack attempt at using a winch fashioned out of an old (long) screw driver and a cordless drill. Suprrisingly, that thing wasn’t our point of failure.

My daughter caught the drama on video. 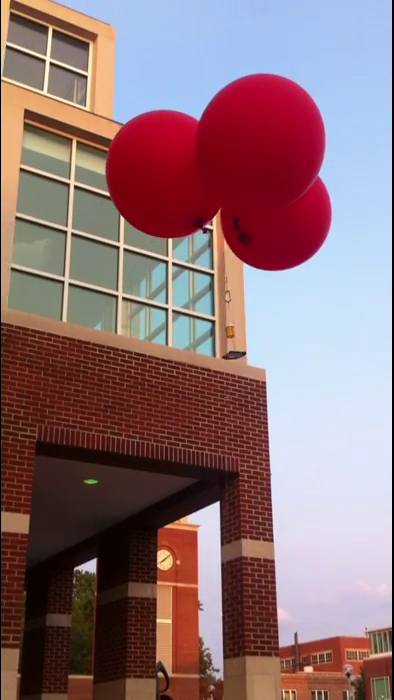 Apparently, the knot we’d tied at the top of the payload section came undone, freeing the balloons from the payload. Thankfully, the payload dropped from a low height.

Bought a couple more carabiners at Walmart on the way home.